Or limit the maximum enchantment depending on materials? (I'd rather not)
Doesn't intelligence or wisdom influence how much you can enchant something already?
Batman? wrote
its been so long since i had gotten that far i didnt think it through. arrrr!!!!!!
Mar 11, 2016, 5:31 am
#277

fejoa wrote
Doesn't intelligence or wisdom influence how much you can enchant something already?
It does, but with enough scrolls, food and patience you could technically just sit there until you got to whatever ungodly number of ++++++'s.
I don't know the formula but I'm pretty sure it doesn't have a flat cutoff at some point. Usually you'll hit the barrier of not having enough enchantment scrolls first.
Edited 1 time
Mar 11, 2016, 8:04 pm
#278
View profile Send message Find posts Find topics

fejoa wrote
Doesn't intelligence or wisdom influence how much you can enchant something already?
Nope. You have a 1 in (current enchantment - 3) chance to increase the level starting at +5.
Mar 12, 2016, 12:12 am
#279

Some ideas I had about landmines (might make a github branch for them):

Only issue is that I think the bouncing betty mines are going to be pretty frustrating since you won't be able to detect them since you currently need to be within 1 tile of a trap in order to detect it via searching.
Same applies to the directional mines if you step into their firing line, you won't know it was there until it's already gone off - but that's how landmines work currently anyway.

Ostrich cheese.
"Put more stuff in the... thing where... more stuff goes in."

All this discussion about sound damage and sound resistance got me thinking:

Tin helmets could protect against being detected by enemies with ESP.

The full helmet called Electro-Magneto?
Uchuudonge wrote
creating stable chaos
making patterns where there should be none
sewing order into the chaos
you spit in the face of random numbers, of chaos

A magnet helmet might be a neat idea. Right up until you start pulling metal golems toward you, or redirecting sword blows into your head.
Oct 10, 2016, 1:18 am
#290

chaostrom wrote
The full helmet called Electro-Magneto?
Only if we implement a unique monster called Charles who will always try to forgive and reform you, no matter how chaotic you go and how many Attnamese you kill.
The Library of Attnam
Oct 10, 2016, 1:22 am
#291
View profile Send message Find posts Find topics

One of you gets it.
Uchuudonge wrote
creating stable chaos
making patterns where there should be none
sewing order into the chaos
you spit in the face of random numbers, of chaos

Previously if you left a window open but didn't click anything, snip

not the right thread, and probably unnecessary, but we should be able to open the windows on buildings in towns.
Better thread.

It would be fun to be able to open a window and throw or zap anything through - but not walk. Fun times sniping people in Attnam, anyone? 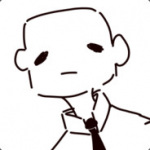 Welcome to the community Masta.

I'm not sure a mutliplayer mode would be worth the developers' time. I haven't seen many roguelike games with a good multiplayer system. I also suspect that such a mode would probably be underutilized by the community...

I don't think multiplayer per se would be worth it. And even possible, given the turn-based nature of the game.

However, what about shared bone files? With ghosts being closer in power to the original characters, that could be cool.

And bringing up the topic from shoutbox: There should be a way to resist non-damaging magic (debuffs and item teleport). What if we used Willpower (already in the game, but unused) for this?

With higher Willpower, your chance not to be affected by these spells would go sharply up, but never up to 100%, because there should be a way to protect yourself from magic, not to make magic irrelevant.

Perhaps when a spell is cast on you, it's chance for success could be a ratio of your willpower and the caster's willpower.
"Put more stuff in the... thing where... more stuff goes in."

Didn't we have a sort of "multiplayer" IVAN that shared bones before?
Uchuudonge wrote
creating stable chaos
making patterns where there should be none
sewing order into the chaos
you spit in the face of random numbers, of chaos

An idea for an XT level: The Mushroom Level, a level populated by huge numbers of giant mushrooms. (Maybe some slimes, or other fungi, as well...) Monster reproduction rates are increased. Non-mushroom monsters don't spawn. Magic mushrooms wouldn't be there by default, but take too long cutting a path through and they might start spawning...
"Put more stuff in the... thing where... more stuff goes in."

We have a mushroom level in... LIVAN? I think?
Would be a shame to let it go to waste, I actually thought it was a pretty good dungeon level.

I don't know if I plan to include a mushroom level on XT. It can always be transplanted to a new, as yet undesigned dungeon however.
I do remember the mushroom level from LIVAN, it was chaotic as hell once those magic mushrooms got going...
Batman? wrote
its been so long since i had gotten that far i didnt think it through. arrrr!!!!!!