Not my greatest moment 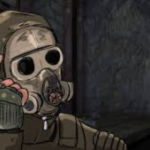 So remember a few months ago when somebody was smirking about 0.59 being a great favor and highly exploitable. Yeah, but who would follow through with that? My dumb azz. On my first try no less, with a strong and frail character, a very superior and lucky combination, low danger level with high damage. I stayed rather safe with praying to the 3 best gods: Seges, Dulcis, and Loricatus. And... well, I'll kind of explain what happened.

Never killed Jenny, teleported her out of the way to train later and ended up never killing her, which I regret greatly.

My friendly master necromancer spawned a friendly Xinroch, who promptly called me a cheater when I tried to talk to him. Rude. I left him in Attnam and he later died during the takeover. I forgot to kill him too.

I was not prepared for Ur-khan dropping onto my face, so I panic prayed to Seges instead of Sophos. Seges was pleased with this error and promptly dropped Salubris on unfortunate Ur-khan's face.

The very last entity I killed was Terra, after freeing Twailaif (Poor Decos had to deal with the justifier and the blue screen) and murdering Twailaif. I also rather symbolically shattered the sign marking the ostrich landing site. I think I'll make that a tradition.

That game I learned there was a unique werewolf named Morggan that nobody has ever mentioned before. Fascinating. Morggan perished to a GEF WOT +10 and Gorovit's Scimitar +10.

Using a trick from my guide (hehe pluggin), I minmaxed a tiny bit and got Sherry, Izzy, and Nihil to all spawn on the same floor. This might have been a mistake. I ended up changing my limbs to GEF temporarily to take care of them. Sure, sue me. I'll finish a better run without GEF once I stop dying inside. Also, why does Nihil have a corpse? Is this lore?

Sam is such a nice guy, his shop has so much free stuff. He was so polite in giving me not 1, not 2, but 6 amulets of life saving, including the one from his neck!

Finished all 3 parts of the Aslona quests. The obsidian shard is really quite nice. Unfortunately, those 2 swords were just calling out my name, and I took muramasa and masamune for my own (wait, that's not the right name)

Pissed off Seges a bunch, but hey, those angels she sent out in anger had books to make her happier

Full house run! Saw everything (though I may have missed some ghosts and zombies, but who counts that?) And killed everything I could with the exceptions above.

And with that, the total score is... 4TH PLACE ON THE LEADERBOARDS!? HUH? I...I'm... not mad, just going through 5 stages. Really, I'm more impressed that JoKe and Azhael were able to minmax so well. I suppose I should have checked the code more closely and realized that finishing half the Aslona quest wouldn't stack with the SOTGE quest, but my laziness hurt me. Putting this on the honor boards would just be salt in the wound at this point. Well, enjoy some pictures of my gradual descent into insanity and my cringe of stacking my final items without properly exploiting some of them. The last picture is also my proposed black market, complete with the file showcasing and explaining the importance of each item. 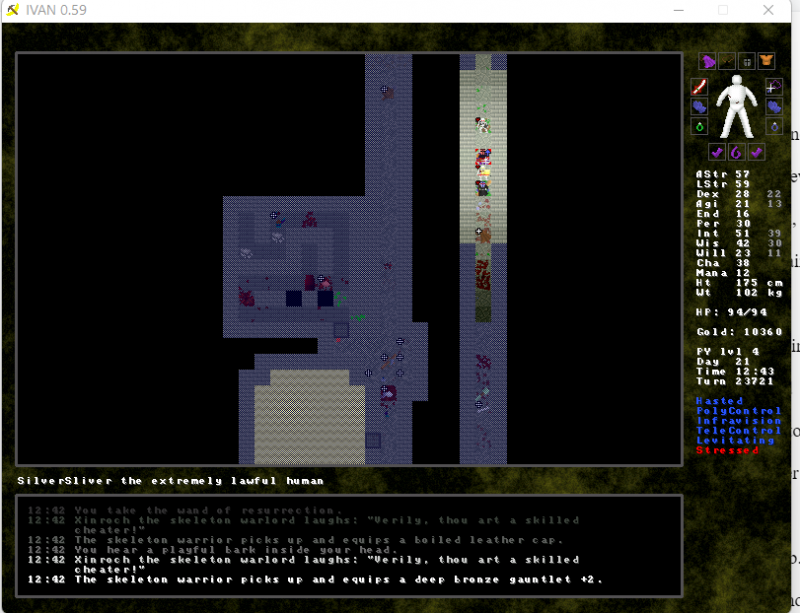 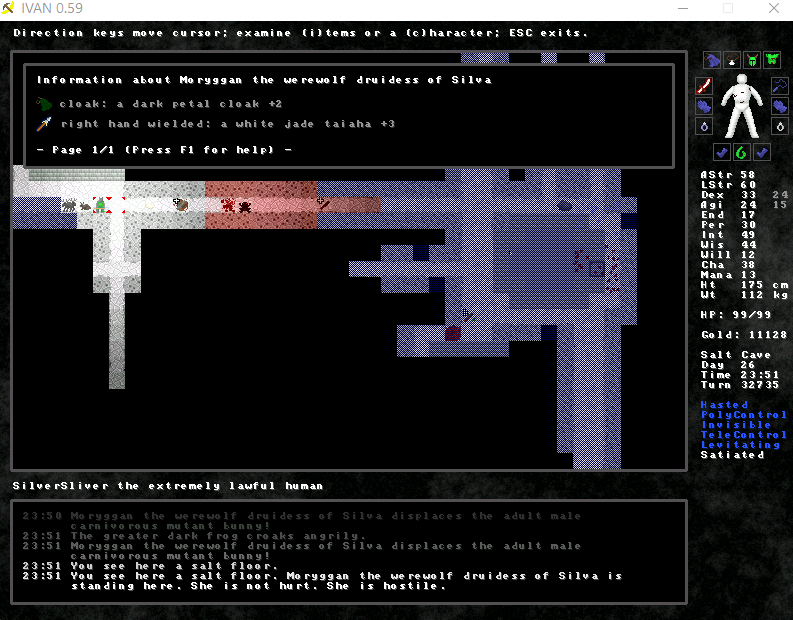 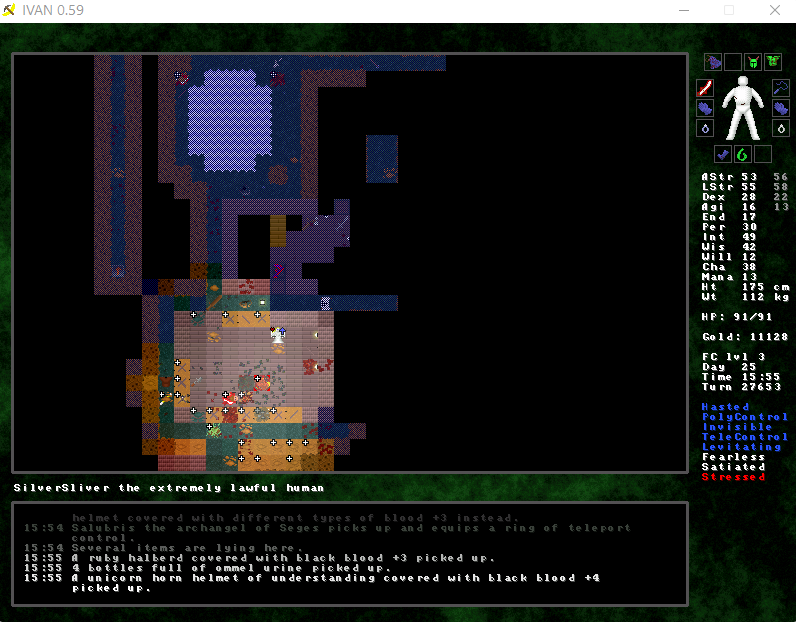 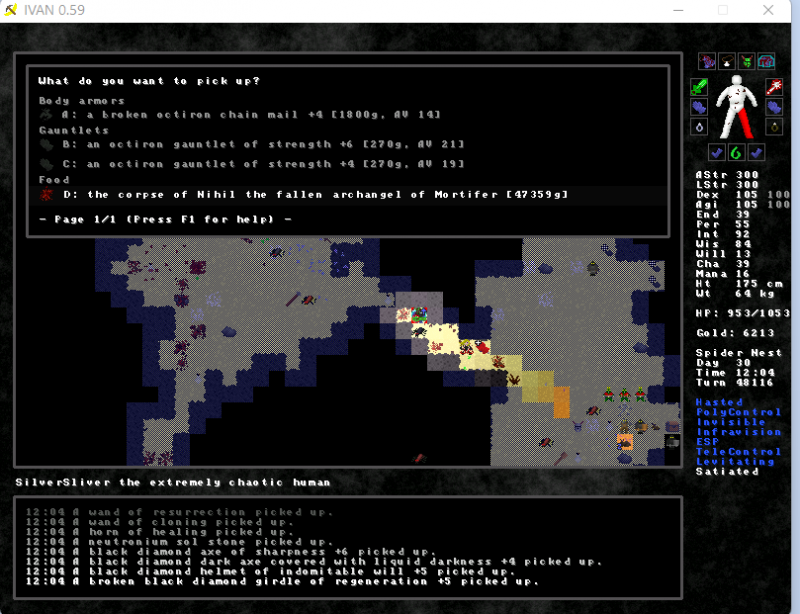 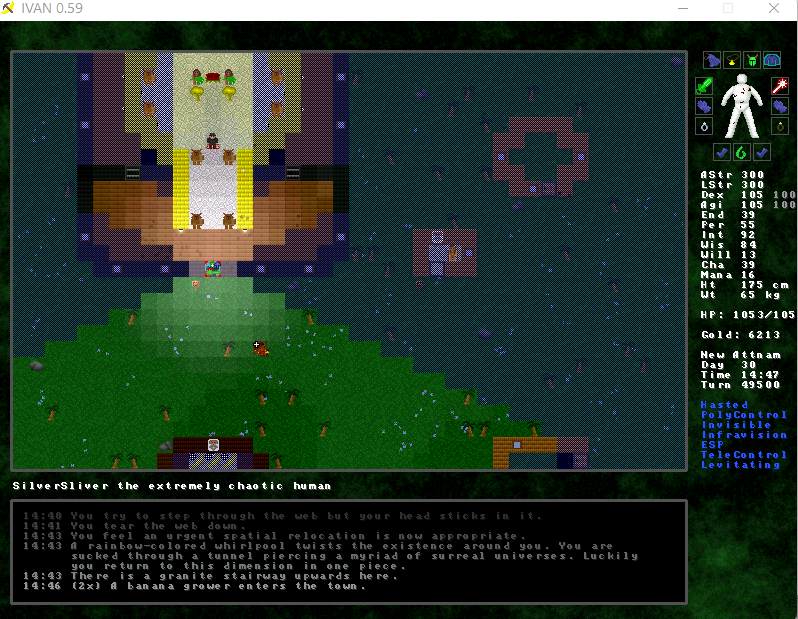 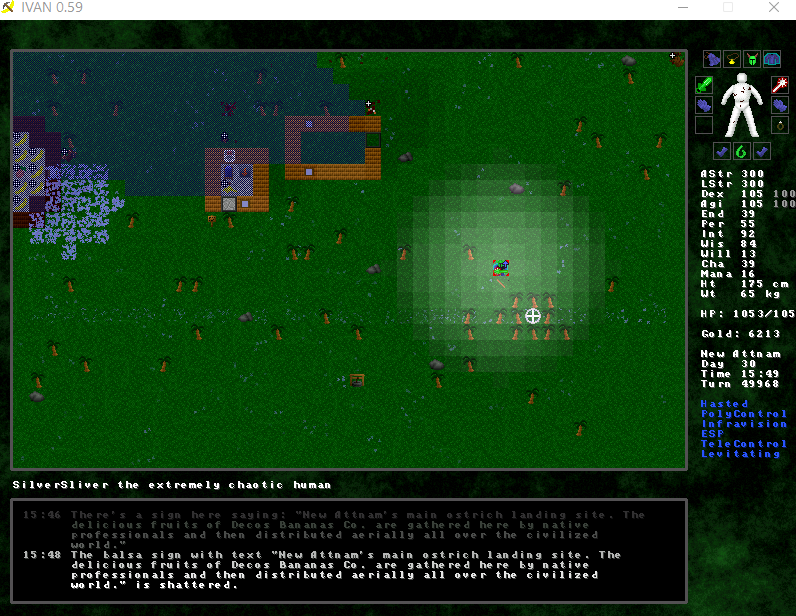 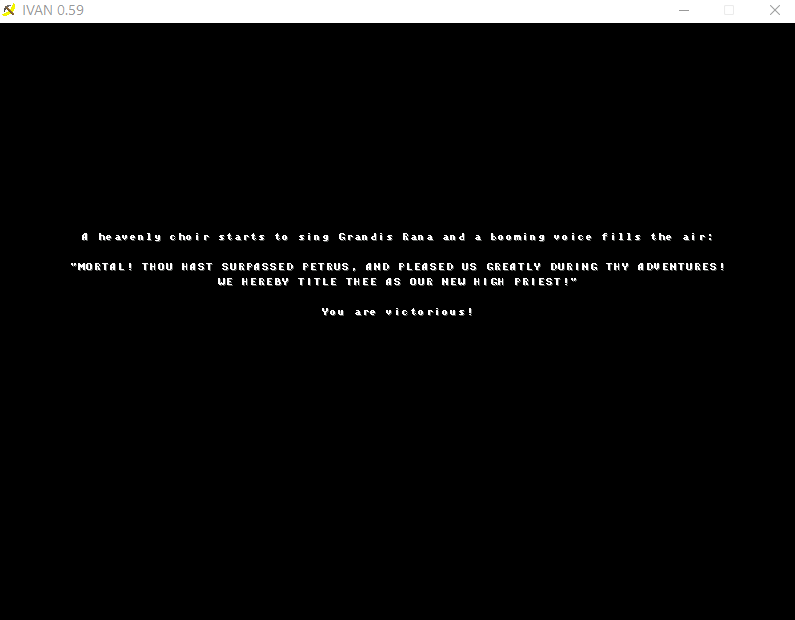 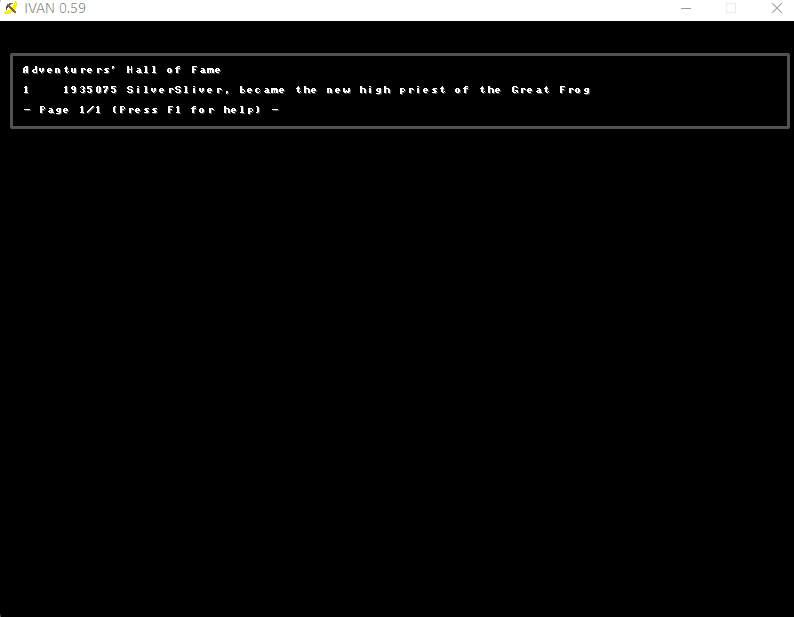 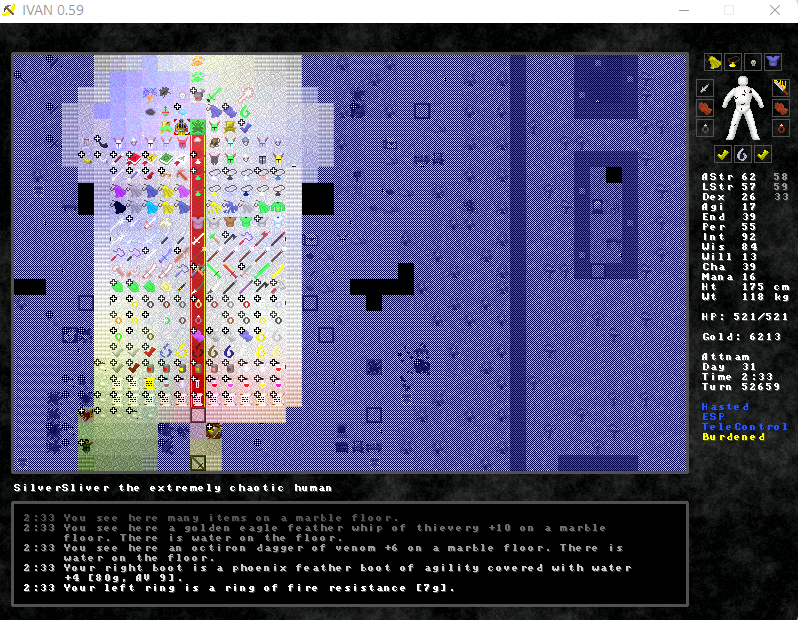 How was fighting Moryggan and Nihil? Or Lobh-se? I don't have much feedback on these new uniques.

Quote
Also, why does Nihil have a corpse? Is this lore?
... Sure, let's go with that. It's not a blunder on my part at all. He is a fallen angel, so forbidden from returning to the heavens.


Quote
And with that, the total score is... 4TH PLACE ON THE LEADERBOARDS!? HUH?
Yeah, the highest score modifier is still the high priest ending, no matter what other quests you finish.

Damn it’s sad that I’m not even familiar with half the stuff you mentioned. Really need to take more time with some of the new quests

As for fighting the unique enemies, I feel that Nihil and Lobh-se were both balanced and dangerous in their own right. Nihil is really strong as it's an archangel (the lack of legs makes it easier to her to block) and encourages the player to kill very fast as prolonged fights cut into stats-nasty. Not as strong as Sherry due to the lower agility and dexterity, but definitely a strong contender. I would possibly consider making changing the axe of sharpness, as the sharpness effect is rarely relevant, into like a chilling axe to emphasize the vengeful theme and also provide something else to worry about (because very few enemies will slow the player). Lobh-se is just a really big tank that poisons like crazy, so antidote/panacae helped a ton, and it's somewhat vulnerable to traps. UT05 is about getting invisibility, yoinking the spider armor, and running like hell until you get strong enough to fight the spiders

Moryggan could use a stronger cloak, I do get the vibe that she(?) is more like a protector of nature, so probably not something animal based, but steeleaf/chlorophyte might be good.

Great, thank you!
The Library of Attnam