So, ever since shields were buffed I wanted to do a legitimate kick only run, using two shields, and I finally got a decent start to do it. Started with 12 LStr and AStr, got a steel shield +1. Killed the big bad plant with the help of an angel, and found a mirroring wand. Exploring Gloomy caves, I found not one, not two, but THREE aegis shields, which served me very well. Explosions didn't hurt one bit, even when a kamikaze ran into me and detonated my holy banana. But even though I had an absolute ton of defense, survivability was a problem because of the time it took to kill things. Mithril boots of kicking that I stole from my good friend Decos and around 25 LStr weren't enough to rival two highly enchanted weapons. So I enchanted my Al-Khan mantle and armor to get decent hp. I forgot to save a screenshot of my final build, because I forgot that giving head of Elpuri ended the game. But, oh well. Shit happens. In the end, this run was an absolute slog. I had to use every trick I knew just to stay alive. It took 40 minutes of relentless kicking to destroy a valpurium golem. Not a fun time. I would absolutely love if this strategy was viable, but it is inferior to using weapons, which, well, isn't surprising. Also, while Aegis is cool, it is not worth using. Giving up a weapon slot for a shield should be done for a damn good reason, and while elemental resistance is cool, it can't be hardened. It'd probably be a good enough item if elemental resistance grew better with enchantment.

About the final build: It doesn't differ very much from the screenshot. Some stuff was enchanted a bit more, couldn't get a better armor or harden this one, found great gauntlents and an amulet of elemental protection, drank a bunch of ommel liquids.

Conclusion: Don't do it. It took me more time to defeat Elpuri with this build, than it took me to defeat Oree with weapons. Could be better with artificial limbs. 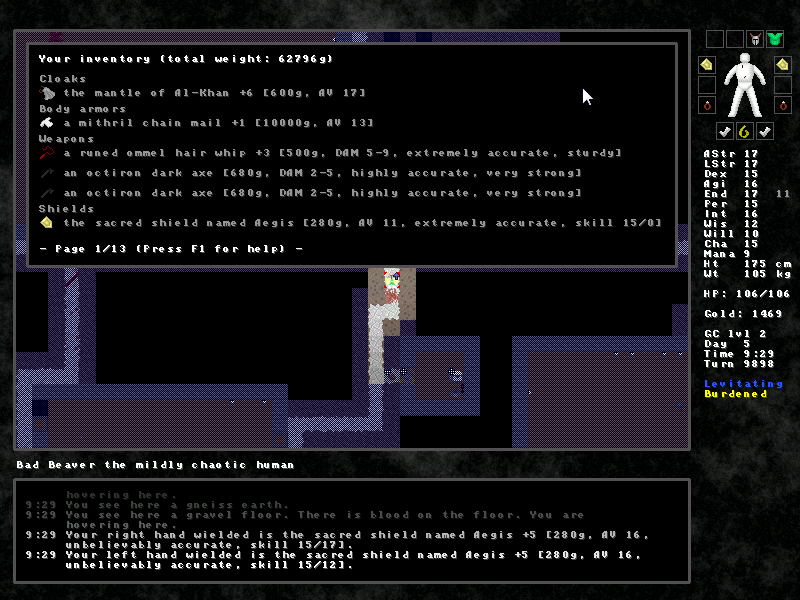 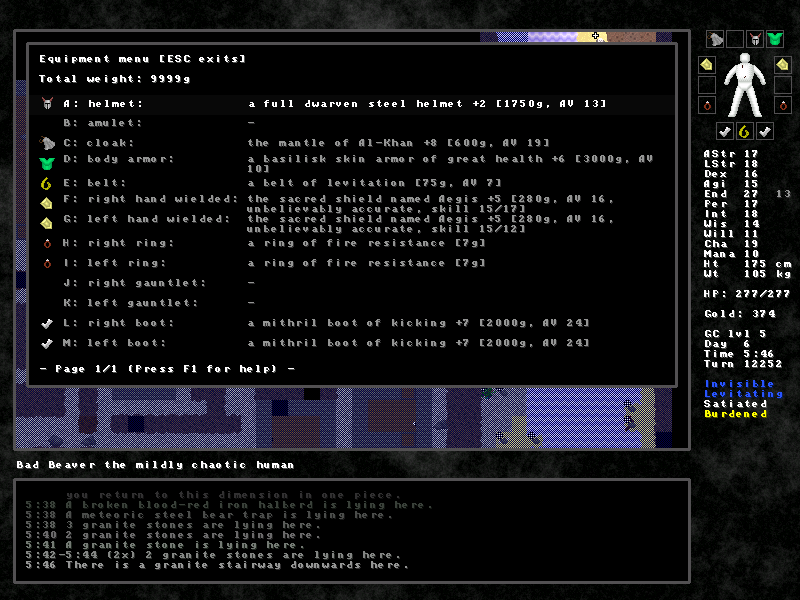 Congrats on the challenge.

red_kangaroo wrote
Congrats on the challenge.

Thanks mate! I was using it without telecontrol until I got enough gold to buy a telecontrol ring from a black market. Really needed that extra survivability.


Batman? wrote
Aye carumba! Thats impressive. how did you deal with enner? wands?
I prayed to Silva and got lucky! The earthquake she summons when you pray to her, actully kills the enner beast pretty often. Earthquake scrolls also work,