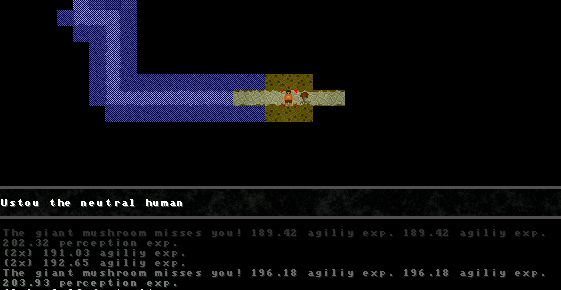 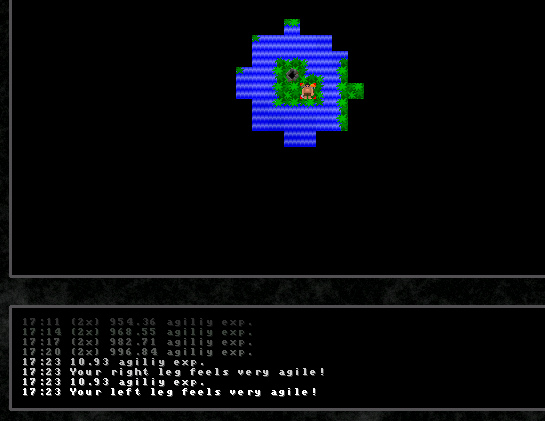 Thanks for the reply. It seems that I understood propertly how character::Be() works, it's just that it seems to happen way more often later in the game, like 40 times every turn, which ruins agility. I will just continue studying the code until I figure out what is going on, because after rescuing the Aslona kiddo I am now actually losing agility rapidly even if just burdened, and gaining almost none while unburdened. My char is at 16 AGI. Aren't characters supposed to be able to go above 25 AGI even without ommel supplements?
Jul 20, 2020, 5:00 am
#7

No, I cleared myself of all negative effects. I have played the game for long enough that I know almost all the stuff you can find out on the wiki and by yourself, I don't think I'm doing anything wrong in the game. Besides, I have definitely narrowed the problem down to Hunger() being called a lot of times every turn, and the part where the game checks for burdened/hungry state.
Jul 24, 2020, 12:01 pm
#9

Ah I figured out what is going on. Walking doesn't improve AGI beyond 17, and running doesn't improve it beyond 22. On the other hand the attribute drain will be there the whole time. Should I write an explanation of how experience system works, for others to see? And where should I post it.
Edited 1 time
Jul 25, 2020, 1:52 am
#10

IMO a rebalance is required here, and I have many different suggestions ranging from minor fixes to complete overhaul. I will write them down for the community later but for now I believe that burdened state should at least take into consideration a small AGI gain from walking rather than completely ignoring it after 17AGI and just draining it. There should be a way to finish the game without using artificial limbs, and I was under the impression that it would be possible when I get better at playing the game.
Edited 1 time
Jul 25, 2020, 1:55 pm
#13

There definitely were wins with natural limbs, you just never reach the insane stats of artificial limbs. I don't think the player was ever intended to be able to train their stats much higher than cca 30ish.
The Library of Attnam
Jul 25, 2020, 6:00 pm
#14