For any who missed it, I did upload IVANT here

That whole dragon level is awesome! And it's nice that GC was expanded, although Golgor Dhan killed me on the enner beast level

(GC7 now instead of 5 I think), so I didn't get to see what's new beyond that

Anyways just a quick tip... the shopkeeper in UT3 is really easy to kill, but don't do it, because he's on the same team as Merka in the GC shop. So if you kill him you'll have to face a pissed off Merka, which is ok since you can probably build up your stats in the dragon level and finish him off pretty easily, but it sucks that you can't make some money off of him first.

Never...EVER underestimate Merka and his guards. They will rape you backwards and sideways unless you're extremely strong.
Wait, let me get this straight... you hit the button? OH SHI-
Jan 4, 2019, 9:38 pm
#3 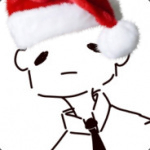 Unknown_Entity wrote
Never...EVER underestimate Merka and his guards. They will rape you backwards and sideways unless you're extremely strong.
I'm gonna do it anyway just for fun.
Why do we all have to wear these ridiculous ties!
Jan 4, 2019, 11:43 pm
#4

Isn't it just beautiful that you're quoting and replying to what someone said over 10 years ago?